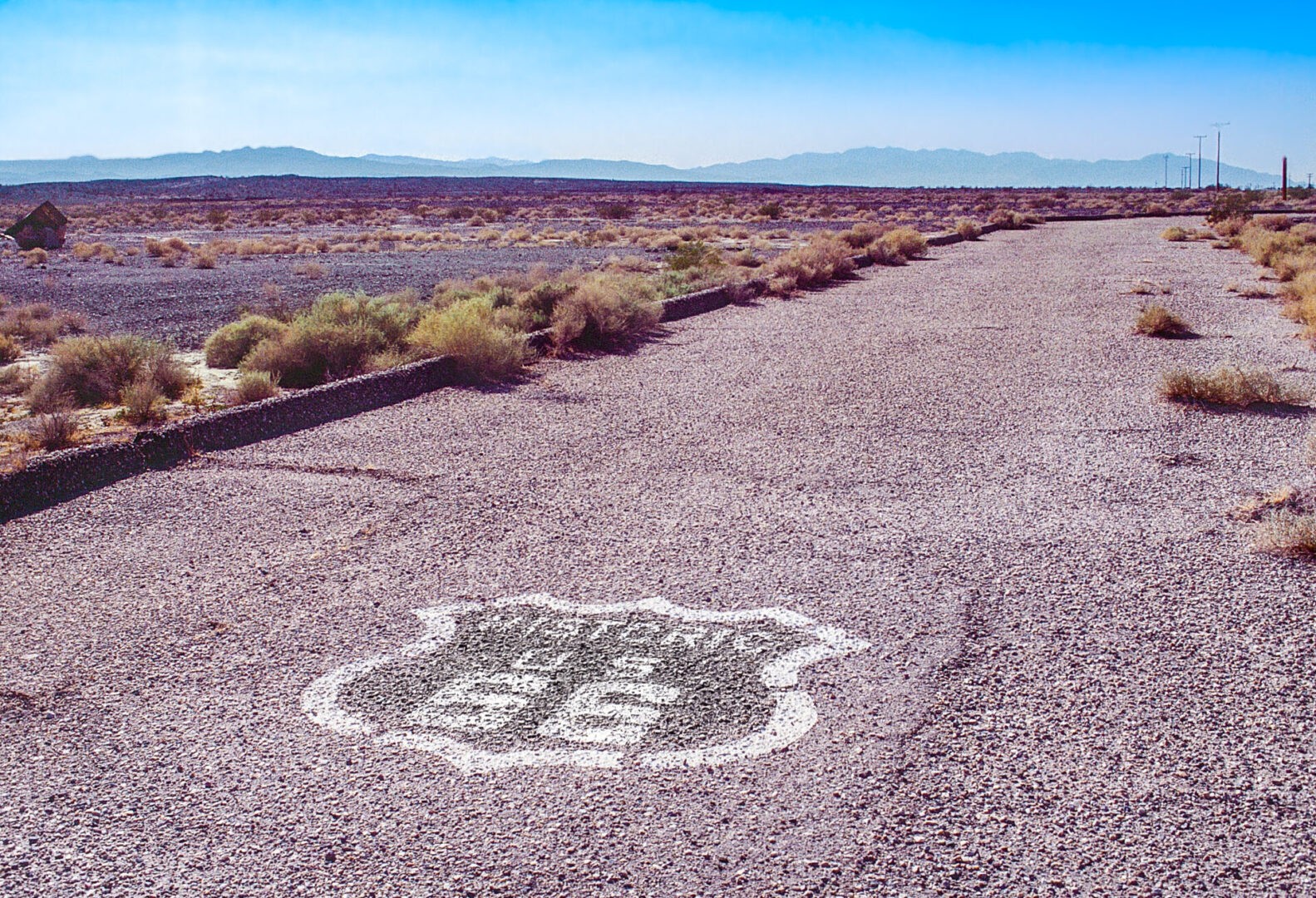 U.S. Route 66 is the ultimate epic road trip, a legendary adventure from start to finish across eight states.

Since opening in 1926, Route 66 has been memorialized in books. Hit songs. A TV series. And films, including Pixar’s animated blockbuster Cars.

Join us on a journey unlike any other, an ultimate adventure along the Main Street of America.

Explore, experience, be inspired with us from start to finish on The Mother Road.

Approach: Old School All the Way

Firstly, no GPS. Paper maps only.

Secondly, no tech during the day. Phones and laptops out of sight until after we checked into lodging for the night.

Fourthly, no digital photography. Paul shot everything on film.

The odometer read six miles when Paul and I picked the Caddy up in downtown Chicago, Illinois.

Ultimately the odometer clicked well over 3,000 miles at drop-off in our final destination, San Francisco, California.

For seasonal timing, Spring and Fall are typically temperate and pleasant, generally speaking, through all eight states.

We planned our drive for late September through early October.

Our own Route 66 itinerary, start to finish, took 2.5 weeks.

However, you may drive either direction and along any section as you choose.

Sincere smiles and friendly hellos greeted us at motels, diners, attractions, mom-and-pop shops wherever we went.

Such warm-hearted welcomes extended to our one unexpected detour from Route 66. We share this unplanned location in the following itinerary.

Our Why: What It’s Really About

We certainly did, of course, get our kicks on Route 66.

Yet as we always say, the WHY underscores everything. So here’s ours:

We wanted to get to the true heart of Route 66, start to finish.

With this purpose in mind:  To understand not only the content but also the context and subtext of this legendary road. Past, present, and future.

In other words: What Route 66 is really about.

So let’s highlight some top stops and get hip to timely tips across Route 66 start to finish.

Chicago, Illinois, is the official eastern terminus of Route 66.

Outside, early-morning commuters hurriedly rush past the diner.

Inside, cheerful waitresses constantly refill your cup of coffee. The coffee is Lou’s own special blend with pure cream. 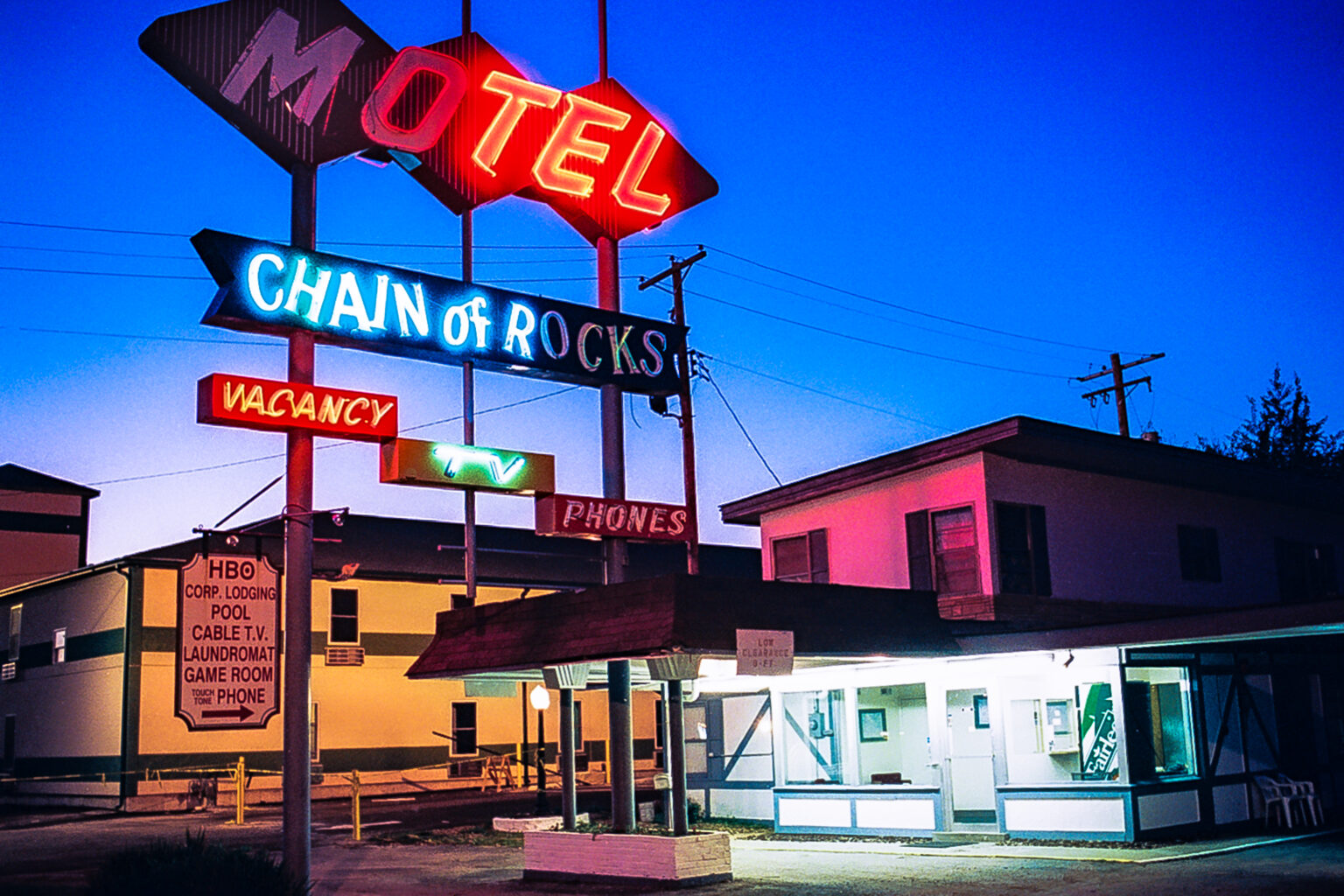 Closed to cars, the Chain of Rocks Bridge over the Mississippi River can be an atmospheric spot to stretch your legs.

When opened in 1929, the bridge design markedly stood out for its 30-degree turn over its short length.

Timely tip: If you stop to stroll or bike on the bridge, park on the Illinois side for security. Leave nothing in the car.

Despite the short distance, the route through Kansas includes National and State landmarks.

The lovely little Rainbow Bridge (between Baxter Springs and Riverton) spans Brush Creek  Architect and engineer James Barney Marsh patented this graceful design. Once there were other March Rainbow Arch Bridges on Route 66. Today only this 1923 bridge still stands.

Completed in 1898, the Round Barn (107 OK-66, Arcadia) remains a community center and popular photo-op. It’s garnered awards for its preservation.

The Big Texan Steak Ranch (7701 I-40 East Access Road, Amarillo) dishes out a “free” 72-ounce steak challenge: Eat a 72-ounce steak, cooked to the contestant’s satisfaction; plus shrimp cocktail, baked potato, salad, and roll with butter. If it’s all is consumed within an hour, then it’s all free. Thankfully, the Big Texan dishes up smaller portions, too.

Once dilapidated, the Tower Station and U-Drop Inn (101 East 12th Street, Shamrock) has been painstakingly restored and renovated to original 1936 magnificence. The spacious complex includes a bustling café, visitors center, and museum. 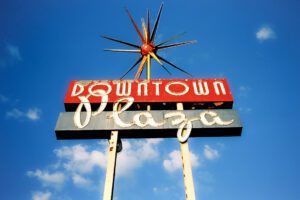 Tucumcari earns renown for its vintage architecture and neon signage along Route 66 Boulevard.

Here in the great state of the Continental Divide, Paul and I made the one and only deviation from the itinerary.

Why? Because eventually we both required a little break from driving for hours every day. Eating at roadside diners every meal. Sleeping in old motels, sometimes renovated and sometimes not, every night.

Paul, on one hand, especially needed espresso. I, on the other hand, yearned for a 5-star hotel, 24-hour room service, and a luxurious spa.

Thus we were thrilled that Santa Fe, one of the world’s great art cities, was nearby.

Without reservation, we rolled off the route and into town. This UNESCO Creative City enveloped us with relaxed luxury, excellent dining, and artistic aesthetic.

Afterward, refreshed from an undeniably restorative stay, we got right back on track.

Nearby the Petrified Forest National Park, find one of the nation’s three remaining wigwam villages:

Pay homage to the Eagles’ song “Take It Easy” at the Standin’ on the Corner Park (523 West 2nd Street, Winslow).

You’ve seen the signs. At last, “Here It Is!” Hop into Jack Rabbit Trading Post (3386 Historic US 66, Joseph City) to peruse and procure every imaginable Route 66 souvenir.

Wigwam Village Motel No. 7 (2728 East Foothill Boulevard, San Bernardino) was the largest and last of Frank Redford’s patented wigwan properties. This 1950 village has been carefully and charmingly restored. 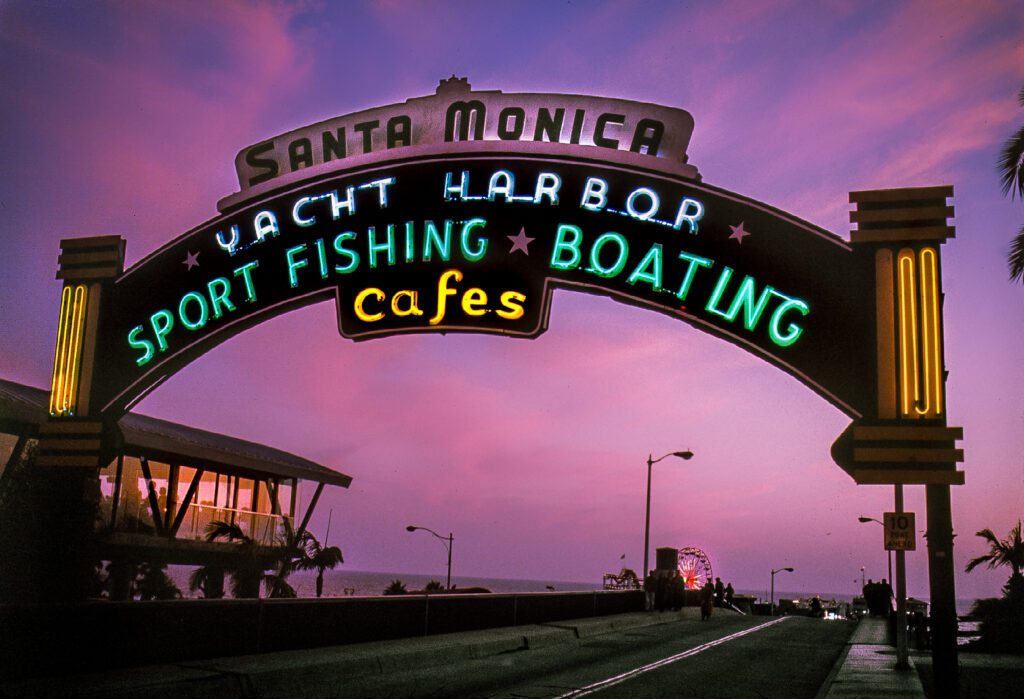 Santa Monica, California, is the official western terminus of Route 66.

The sky turns to twilight as you arrive, cruising underneath the landmark neon arch.

Bright lights begin to gleam and glimmer, silhouetting the Ferris wheel and rollercoaster.

Finally, you walk down the pier.

Past the Looff Hippodrome. All the way to the pier’s far end, overhanging the Pacific Ocean.

On this occasion, in this location, your Route 66 bucket list, start to finish, is complete.

So congratulate yourself on achieving this ultimate epic road trip, this legendary adventure.

Because you’ve explored, experienced, been inspired by it all on Route 66.

READ: Erie Canalway: Add This to Your Travel Bucket List